According to Mike Kaye, the Jets have claimed G Nate Herbig off of waivers from the Eagles on Thursday. 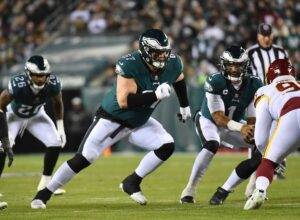 Herbig, 23, signed with the Eagles as an undrafted free agent out of Stanford in 2019. He signed a three-year, $2.02 million deal and has managed to make the roster each of the past three seasons.

Philadelphia had tendered Herbig at the original round level worth just over $2.4 million for the 2022 season, but was cut loose this week.

For his career, Herbig has appeared in 33 games for the Eagles and made 17 starts, primarily at guard. In 2021, Pro Football Focus had him rated as the No. 30 guard out of 82 qualifying players.