The New York Jets officially re-signed WR Jeff Smith to a one-year exclusive rights contract for the 2021 season on Monday. 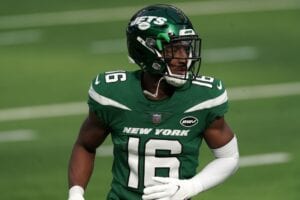 Smith, 23, signed with the Jets as an undrafted free agent out of Boston College in 2019. He’s spent the past two seasons either on the Jets’ practice squad or active roster.