Jets S Marcus Maye will miss the remainder of the 2021 season after suffering a torn Achilles during Thursday’s loss to the Colts, according to Brian Costello. 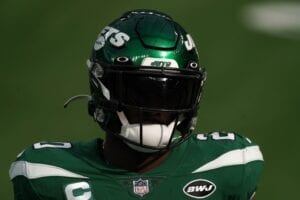 This is disappointing news for Maye, who is in line to be one of the best available free agents next year.

In 2021, Maye has appeared in six games for the Jets and recorded 46 tackles, one sack, and two pass deflections.