The New York Jets have signed DB Will Parks to a one-year deal for the 2023 season, according to Tom Pelissero. 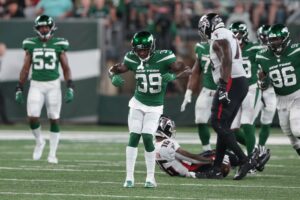 Parks, 28, is a former sixth-round pick by the Broncos in the 2016 NFL Draft. He finished his four-year rookie contract before signing a one-year deal with the Eagles in 2020.

Philadelphia then waived Parks and was later claimed by the Broncos. From there, he signed a one-year deal with the Chiefs and had stints with the 49ers and Dolphins before being claimed by the Jets.

Parks was on and off of the Jets’ roster last year.