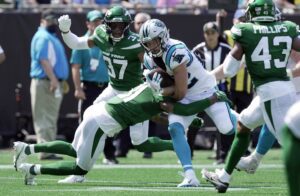 The move comes after the team promoted S Adrian Colbert to the active roster.

Redwine caught on with the Jets before the season began, and he played in the Jets’ first game this year.