Ian Rapoport reports that the Las Vegas Raiders are bringing in S Karl Joseph for a visit this week. 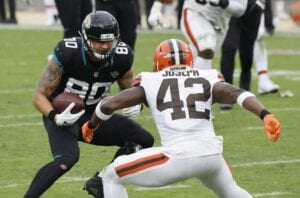 Joseph previously visited with the Pittsburgh Steelers, but left without the two sides reaching a deal.

Joseph, 27, is a former first-round pick of the Raiders back in 2016. He finished his four-year, $11.88 million contract and was testing the open market when he signed a one-year contract with the Browns last year.

Joseph is once again an unrestricted free agent this offseason.