Albert Breer of SI.com reports that the NFL Scouting Combine won’t happen as previously scheduled and will instead be altered dramatically due to the pandemic. 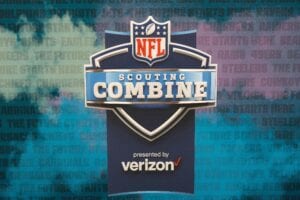 According to Breer, league officials held a conference call on Friday to discuss how they will proceed.

Well-placed sources tell Breer that the Combine won’t be held in Indianapolis as it has been for some time now and it’s likely that the NFL will instead split up the performance and medical components.

Breer adds the league is expected to lay out a plan to replace the traditional Combine setup with a series of events to get teams the information they need on prospects at some point this week.

The NFL should be able to hammer out the fine details of what the 2021 Combine will look like next week, but Breer stresses that nothing is set in stone right now.

One other possibility for the event is to move it to April. However, Breer notes that this would likely require the NFL to move the draft back, which has been something they haven’t had any interest in doing in years past.

We’ll have more regarding the Scouting Combine as the news is available.