Jeremy Fowler of ESPN reports an extension for Bills QB Josh Allen is likely to take some time to get completed, as it’s expected to be a “complicated” deal when all is said and done. 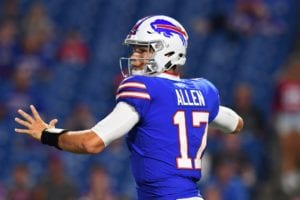 According to Fowler, the Bills have no plans to rush contract talks with Allen, but both sides are well aware that an agreement will get done in time.

Fowler mentions that there has been some league buzz that Allen may be willing to work with the Bills on this contract, which could include a longer extension that allows them to spread out the cap hits a bit. Even so, Fowler makes it clear that Allen won’t take a discount to get a deal done.

Allen will end up being one of the highest-paid quarterbacks when all is said and done.

It will be interesting to see how the two parties go about this negotiation and what kind of structure they settle on in the end. One option for the Bills and Allen would be to consider a similar type of contract to the one signed by Chiefs QB Patrick Mahomes.

Mahomes agreed to a 10-year, $450 million extension last year that included $63.0819 million fully guaranteed at signing and $141 million is guaranteed for injury. In total, Mahomes’ contract can have $477.631 million guaranteed based on his roster status as there are significant roster bonuses to be paid out starting next year.

This gives Kansas City some options in terms of creating cap space to remain competitive over the next decade.

Allen, 25, is a former first-round selection of the Buffalo Bills. He was entering the final year of a four-year, $21.183 million rookie contract in 2018 that included a $13.485 million signing bonus when the Bills picked up his fifth-year option lats month.

The fifth-year option will cost the Bills $23.106 million fully guaranteed for the 2022 season. However, it won’t prevent them from agreeing to a long-term extension over the next year or so.

We’ll have more regarding Allen as the news is available. 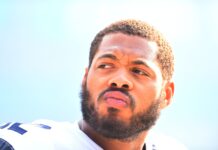