According to Aaron Wilson, the Lions have been awarded DL John Cominsky off waivers from the Falcons. 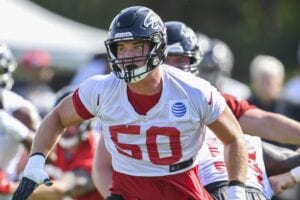 Cominsky, 26, is a former fourth-round pick by the Falcons in the 2019 NFL Draft out of Charleston and is a native of Barberton, Ohio.

He was wrapping up his four-year, $3 million rookie contract when he was let go by the Falcons.

In 2021, Cominsky appeared in four games and recorded two total tackles and one tackle for loss.