Dave Birkett of the Detroit Free Press reports that Lions TE Josh Hill has decided to retire from the NFL. 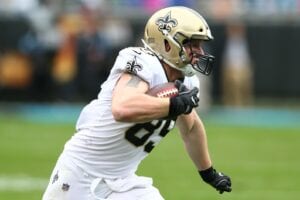 This explains why the Lions are hosting veteran TE Darren Fells for a visit this week.

Hill, 30, signed on with the Saints as an undrafted free agent out of Idaho State back in 2013. He was in the final year of his three-year, $7.1 million contract that included $3.25 million guaranteed when he agreed to a three-year, $8.85M extension in 2018.

The Saints opted to release Hill a few months ago and he signed on with the Lions soon after.

For his career, Hill appeared in 117 games for the Saints and caught 116 passes for 1,071 yards receiving and 15 touchdowns over the course of eight seasons.