Penn State DE Yetur Gross-Matos says he wouldn’t mind playing for the Giants, given that he grew up a New York fan and his former position coach Sean Spencer is now with the team.

The Giants could use an edge-rusher, but Gross-Matos may not be available when the team makes their selection in the second round of the draft. 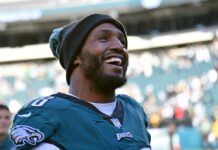