Rams HC Sean McVay paid homage to players like Andrew Whitworth, Eric Weddle, and Von Miller who are all moving on after their Super Bowl Victory. However, McVay knows Los Angeles is gaining a new leader in former Seahawks LB Bobby Wagner.

“We’re losing some big-time locker room leaders, when you look at what Andrew Whitworth meant to our football team when you lose a player like what Von Miller‘s meant, I thought Eric Weddle’s leadership during the playoff run was vital,” McVay said, via TheRams.com. “And to be able to have a guy that will be thrust into a leadership role based on the nature of how you communicate from that middle linebacker spot, but then also just who he is as a human being, there’s a lot of positives, a lot of reasons you can be excited about Bobby joining the Rams.” 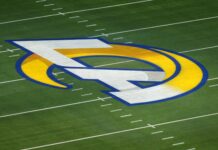