Here’s a collection of reports from Wednesday regarding prospects visits, workouts and rumors: 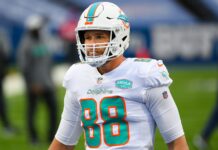