Patriots HC Bill Belichick issued a statement regarding the news that DL Vince Wilfork has signed with the Texans.

Few players reached or will ever reach the special level of Vince Wilfork.  He is a great champion and one of the classiest people I have ever been around – just a kind, genuine and giving person who was all about our team, football, winning and bringing joy to others.  There may have never been anyone at his position with as much strength, toughness, intelligence, instinctiveness and athleticism.  He is the best defensive linemen I ever coached, an all-time great Patriot whose place on our team will be missed but whose remarkable career as a Patriot will be remembered forever. 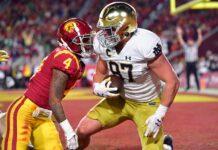