Following the Baltimore Ravens loss to the Pittsburgh Steelers, rumblings began to surface regarding the possibility that Ray Lewis was considering retiring. More specifically the rumors suggested that the Ravens were offering Lewis a financial settlement to do so. Well it appears that these rumors were inaccurate to say the least.

Mike Preston of the Baltimore Sun discussed the situation with both the Baltimore Ravens and Ray Lewis and was told that there is no truth to the rumors.

“We just had our personnel meetings this week, and Ray hasn’t told any off our defensive staff he was retiring,” G.M. Ozzie Newsome said. “The last I heard from Ray he stood up at the end-of-the-year meeting and told his teammates that he had already begun to prepare for next season.”

Lewis, on the other hand,“laughed off” the idea and was said to be recruiting free agents to be during the Pro Bowl last weekend.

It’s nearly impossible to image the Ravens defense without Ray Lewis in the middle of it but it’s beginning to become more and more evident that Lewis’s ability is in decline. While he is still capable of making big plays from time to time, players like Haloti Ngata and Terrell Suggs have become the guys that teams gameplan for not Lewis. 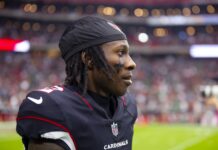 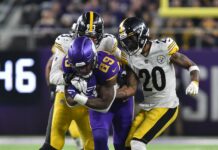