Ian Rapoport of the NFL Network reports that only four players are eligible to be selected in tomorrow’s Supplemental Draft.

According to Rapoport, no more applications are being accepted from players looking to enter the draft.

There has been some confusion as to when the draft will be held, but Rapoport adds that a memo sent to NFL teams has the time listed as July 10 at 1 pm eastern.

ESPN’s Adam Caplan reported Tuesday that he hasn’t found a single team with a draftable grade on any of these players.

Shead hasn’t been all that productive at SMU, even though he was highly regarded coming out of high school. Last year, he ram for 197 yards on 51 carries and scored three touchdowns.

Lipford totaled 75 tackles, 7.5 tackles for a loss, 2.5 sacks and five pass defenses over the course of three years at North Carolina. 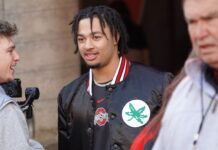 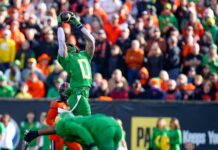 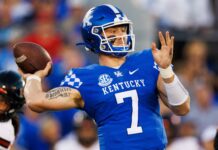