Packers HC Matt LaFleur told reporters on Friday that WR Sammy Watkins is expected to come off of the non-football injury list and practice with the team, per Matt Schneidman. 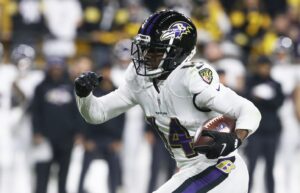 Watkins missed the first few days of camp with a hamstring injury.

The Chiefs and Watkins agreed to a new contract that paid him $9 million for the 2020 season. He then signed a one-year, $5 million deal with the Ravens last offseason before joining the Packers this past April on another one-year contract.