According to Field Yates, the Packers claimed WR Travis Fulgham off of waivers from the Broncos on Wednesday. 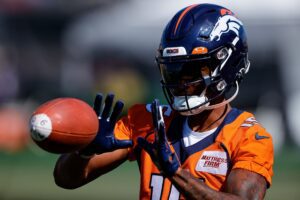 The Eagles claimed him and after an early-season stint on the practice squad he was promoted to the active roster. Philadelphia waived him coming out of the preseason and later signed him to their practice squad before releasing him, at which point he briefly joined the Dolphins and Broncos. Denver cut him loose on Tuesday.