The Green Bay Packers announced several roster moves on Saturday for their Week 17 game against the Vikings. 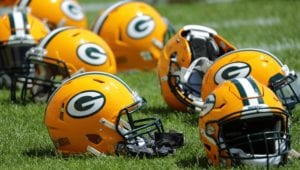 Lewis, 37, is a former first-round pick of the Jaguars back in 2006. Lewis was in the final year three-year, $12 million contract that included $5 million guaranteed when the Jaguars released a few years ago.

The Packers later signed Lewis to a contract and he agreed to a two-year, $8 million contract this past March.

In 2021, Lewis has appeared in 15 games for the Packers and caught 23 passes for 214 yards receiving and no touchdowns.