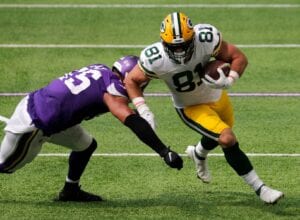 Deguara will count against the Packers’ 90-man roster and can be activated at any time.

Deguara, 23, was a two-year starter at Cincinnati and earned first-team All-AAC honors last season. The Packers selected him with the No. 94 pick in this year’s draft.

Deguara signed a four-year, $4,547,766 rookie contract that includes an $867,467 signing bonus. He landed on the injured reserve last season after two games.

In 2020, Deguara appeared in two games and caught one pass for 12 yards receiving.