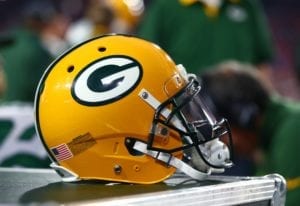 Begelton, 27, wound up going undrafted out of Lamar back in 2016. He later signed on with the Calgary Stampeders of the CFL in 2017.

The Packers signed Begelton to a futures contract last year and he was on and off of their roster this past season.

During his three seasons with Calgary, Begelton caught 149 passes for 2,236 yards receiving and 12 touchdowns over the course of 33 games. He also rushed for 38 yards and a touchdown.