According to Doug Kyed, the Panthers are elevating CB Rashaan Melvin and C Sam Tecklenburg from the practice squad to the active roster. 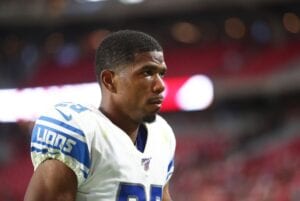 Carolina elevated both Melvin and Tecklenburg in Week 2 as well.

Melvin, 31, originally signed with the Buccaneers in 2013 as an undrafted free agent out of Northern Illinois. He has played for a few teams since the Buccaneers cut him before the start of the 2014 season including the Dolphins, Ravens, and Patriots.

In 2019, Melvin appeared in 13 games for the Lions and recorded 68 tackles, no interceptions, and 11 passes defended.