According to Mike Kaye, the Panthers are elevating S Marquise Blair for Week 4 against the Cardinals. 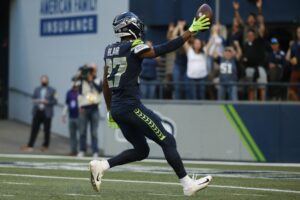 Blair, 24, was a second-round pick by the Seahawks out of Utah in 2019. He was in the final year of his four-year, $6.2 million contract with Seattle when the Seahawks waived him coming out of the preseason.

Blair missed the majority of the 2021 season with a torn ACL.

In 2021, Blair appeared in six games for the Seahawks, recording nine tackles and two passes defended.