Aaron Wilson of PFN reports that the Panthers worked out DBs Isaiah Johnson and Quenton Meeks on Friday. 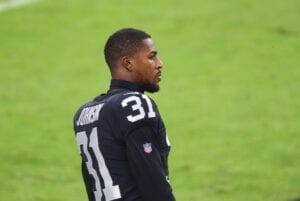 It’s worth mentioning that the Panthers opted to sign CB Duke Dawson following a workout, so they may have addressed the position.

Johnson, 26, is a former fourth-round pick of the Raiders back in 2019. He was entering the third year of his four-year, $3.2 million contract when the Raiders waived him coming out of the preseason.

The Cowboys signed Johnson to their practice squad in October, but released him four days later. He was eventually signed to the Steelers’ practice squad before being placed on injured reserve last month.