The New England Patriots announced on Wednesday that they are activating OT Yodny Cajuste from the COVID-19 reserve list ahead of the playoffs. 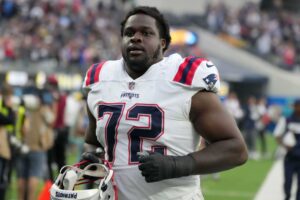 Cajuste was placed on the non-football injury list with a quad issue and missed the entire season in 2019.

In 2021, Cajuste has appeared in seven games for the Patriots, making two starts.