Adam Schefter reports that the Patriots have agreed to a four-year, $13.5 million contract extension with P Jake Bailey that includes $6.5 million guaranteed. 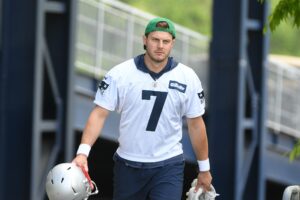 Bailey, 25, was a fifth-round pick by the Patriots out of Stanford back in 2019.