Field Yates of ESPN reports that the Patriots restructured the contract of C David Andrews and created $2.1 million of cap space. 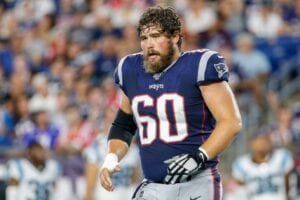 The Patriots specifically converted $3.15 million of Andrews’ compensation into a signing bonus. He now carries a 2022 cap charge of $4.275 million.

Andrews missed the 2019 season due to blood clots in his lungs, but received medical clearance to return last May. He made a base salary of $3 million for the 2020 season and agreed to a new deal wit the Patriots this past March.