According to Aaron Wilson, the Patriots are signing CB Dee Virgin to their active roster on Friday. However, Wilson mentions that Virgin will not play in Week 17’s game. 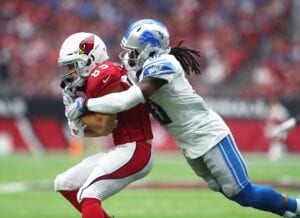 The Patriots have confirmed the news.

Virgin, 26, wound up signing a three-year, $1.66 million contract with the Texans as an undrafted free agent out of West Alabama back in May of 2017. He was set to make base salaries of $465,000 and $555,000 over the first two years of the contract when the Texans waived him as they cut their roster down to 53 players.

Virgin later signed on to the Texans practice squad and returned to Houston on a futures contract in 2018. However, he was waived coming out of the preseason and was later claimed by the Lions.

In 2020, Virgin appeared in two games for the Lions and recorded one tackle.