Adam Schefter reports that the Patriots are signing DT Davon Godchaux to a two-year, $20.8 million extension that includes $17.85 million fully guaranteed at signing. 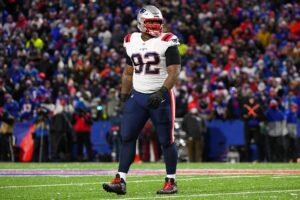 Godchaux, 27, is a former fifth-round pick of the Dolphins back in 2017. He played out the final year of his four-year, $2.6 million rookie contract.

The Patriots signed Godchaux to a two-year deal worth up to $16 million last year.

In 2021, Davon Godchaux appeared in all 17 games for the Patriots and recorded 65 tackles, one sack and a forced fumble.