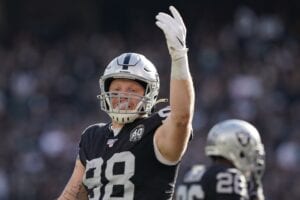 The Raiders also signed LB Bryce Hager to a contract.

In 2019, Crosby appeared in all 16 games for the Raiders and recorded 47 tackles, 10 sacks, four forced fumbles and four passes defended.