According to Vic Tafur, the Raiders are re-signing DT Johnathan Hankins to a one-year contract. 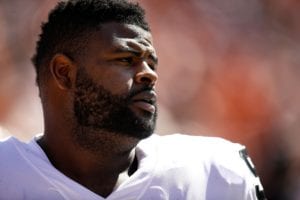 Hankins, 29, is a former second-round pick of the Giants back in 2013. He played out the final year of his rookie contract last year before signing a three-year, $27 million contract that included $14.5 million guaranteed with the Colts.

Hankins was set to make base salaries of $7.5 million and $8 million over the next two years of the agreement when the Colts released.

The Raiders signed him back in September of 2018 and eventually re-signed him to a two-year, $8.5 million deal. He made a base salary of $3.75 million last season and was testing the market as an unrestricted free agent.

In 2020, Hankins appeared in all 16 games and recorded 48 tackles, one tackle for loss, one sack and one fumble recovery. Pro Football Focus rated him as the No. 70 overall interior defender out of 125 players.