According to Vincent Bonsignore, the Raiders have signed LB Curtis Bolton to the roster. 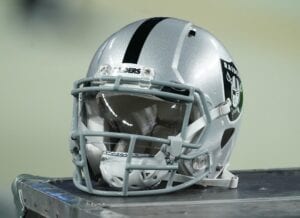 Las Vegas has had some injuries in camp so far and Bolton provides another layer of depth at linebacker.

Bolton, 26, signed with the Packers as an undrafted free agent out of Oklahoma in 2019. He was waived with an injury designation coming out of camp, though, and reverted to injured reserve.

The Packers released him in October, 2020, and he joined the Texans practice squad. He signed a futures deal with Houston for the 2021 season before being released. He stints with the Colts and 49ers before landing with the Lions’ practice squad at the end of the season. Detroit cut him back in April.

In 2021, Bolton appeared in five games for the Lions and recorded two tackles.