The Los Angeles Rams officially cut their roster down to 53 players on Tuesday ahead of the deadline. 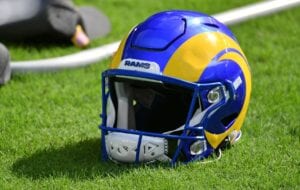 Jones, 24, signed on with the Rams as an undrafted free agent out of SMU back in April of last year. He will revert to Los Angeles’ injured reserve once passing through waivers unclaimed.

In 2020, Jones appeared in 13 games but recorded no offensive statistics and four kickoff return yards.