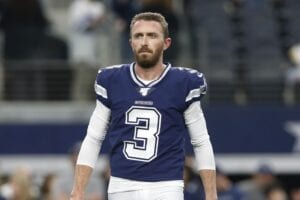 Forbath, 33, originally signed on with the Cowboys as an undrafted free agent out of back in 2011. Forbath had brief stints with the Washington, Buccaneers, Saints, and Vikings before signing on with the Jaguars in 2018.

From there, Forbath played for the Patriots, Cowboys, Panthers and Bears before the Rams signed him during the 2020 season.

In 2020, Forbath has appeared in two games for the Rams and converted two of three field goal attempts and four of five extra point tries.