The Baltimore Ravens activated WR Miles Boykin from injured reserve on Monday and elevated DB Jordan Richards and T Andre Smith to their active roster for their game against the Colts. 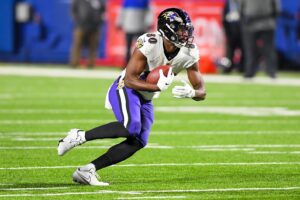