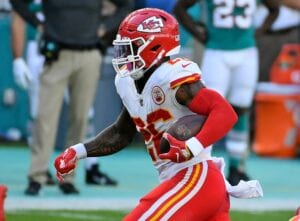 The Ravens signed Bell to their practice squad last month.