According to Aaron Wilson, the Ravens are signing CB Linden Stephens to their practice squad on Tuesday. 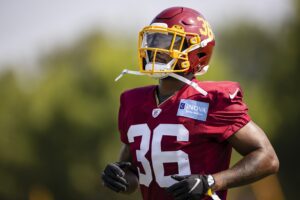 Stephens, 26, signed with the Saints as an undrafted free agent out of Cincinnati in 2018. He also played for the Rams, Broncos, Seahawks, and Dolphins in the past three seasons.

He signed on with Washington back in May but was among their final roster cuts this preseason.

In 2020, Stephens played in 13 games for Seattle, totaling three tackles and no interceptions.