The Baltimore Ravens have signed LB Josh Bynes to their active roster on Tuesday, according to Jeff Zrebiec. 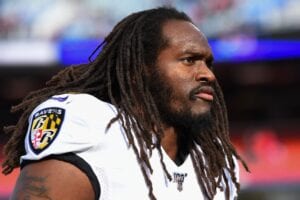 Bynes, 32, originally signed with the Ravens as an undrafted free agent out of Auburn back in 2011. He spent just over three years in Baltimore before he was waived and later signed to the Lions’ practice squad at the start of the 2014 season.

From there, Bynes signed on with the Ravens before joining the Bengals for the 2020 season. He caught on with the Panthers briefly during camp before returning to the Ravens.

In 2021, Bynes has appeared in one game and recorded four tackles.