The New Orleans Saints announced they are elevating RB Latavius Murray and TE J.P. Holtz for Week 4 on Saturday. 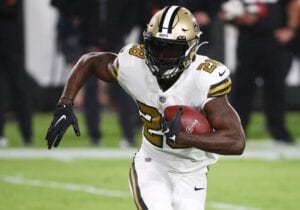 Murray, 32, is a former sixth-round pick of the Raiders back in 2013. After four years with the Raiders, Murray departed for a three-year, $15 million contract that included $3.4 million guaranteed with the Vikings.

Murray later signed a four-year, $14.4 million contract with the Saints in 2019. From there, he joined the Ravens during the 2021 season.