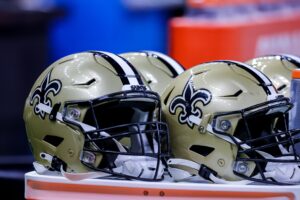 Brown, 26, was a seventh-round pick by the Bengals out of South Dakota State back in 2019 but was among their final roster cuts that year.

He had brief stints with the Jaguars, Raiders, and Commanders practice squads before winding up back with the Raiders for a second stint.

Brown has yet to appear in an NFL game so far in his career or record any statistics.