According to Katherine Terrell, the Saints re-signed K John Parker Romo and placed OL Sage Doxtater and Forrest Lamp on the injured reserve. 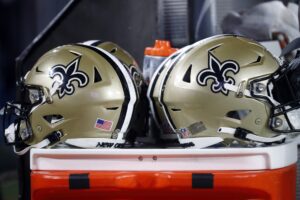 New Orleans waived Doxtater with an injury designation on Thursday.

The Bills signed Lamp to a one-year contract last year before placing him on injured reserve in August. He was later released and eventually signed to the Saints’ practice squad. New Orleans re-signed him back in March.