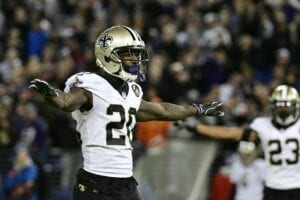 Underhill notes that both players tested positive for COVID-19.

Crawley, 28, wound up signing a three-year, $1.62 million contract with the Saints as an undrafted free agent out of Colorado in 2016. He managed to make the 53-man roster coming out of the preseason and returned to New Orleans on an exclusive rights contract.

He was waived by the Saints and later claimed by the Dolphins. Miami waived him with an injury designation in 2019 and he was later waived from injured reserve.

Crawley signed a futures contract with the Raiders for the 2020 season in January before being cut in August. From there, he had a brief stint with the Cardinals before returning to the Saints late in the season.

New Orleans brought him back this past May.

In 2020, Crawley appeared in six games for the Saints and Dolphins and recorded one tackle, one interception and one pass defense.