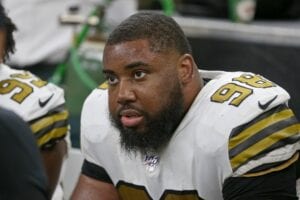 Rankins, 26, is a former first-round pick of the Saints back in 2016. He was entering the final year of his four-year, $12.8 million contract when the Saints picked up his fifth-year option this past April.

New Orleans reworked Rankins’ contract before t4he start of the season, which allows him to become a free agent in 2021.

In 2019, Rankins appeared in 10 games for the Saints and recorded 10 tackles and two sacks. He was rated by Pro Football Focus as the No. 69 interior defender out of 116 qualifying players.