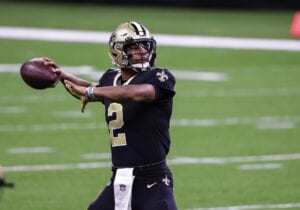 Winston signed with the Saints on a one-year, $1.1 million deal last year and returned to New Orleans on another one-year contract worth up to $12 million this past offseason. He will miss the remainder of the season due to a torn ACL, as well as MCL damage.

In 2021, Winston has appeared in eight games for the Saints and thrown for 1,114 yards to go with 13 touchdowns and three interceptions.