According to Tom Pelissero, the Saints signed DT Damion Square and waived FB Sutton Smith in a corresponding roster move. 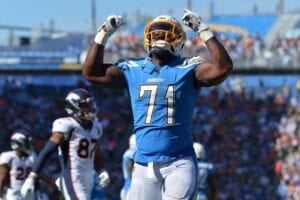 After a few months in Kansas City, Square was claimed off of waivers by the Chargers. He lasted with the team on multiple deals until 2021 when he was not re-signed. He landed with the Browns in training camp but was cut loose in recent weeks.