The New Orleans Saints are signing DB Tre Swilling to the practice squad on Monday, according to Tom Pelissero. 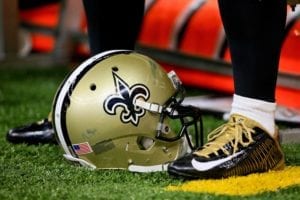 It’s worth mentioning that Tre is the son of Saints standout DE Pat Swilling.

Swilling wound up going undrafted out of Georgia Tech back in April. He later signed a rookie contract with the Titans, but was waived coming out of the preseason.