Graham, 26, is a former third-round pick of the Bills back in 2012. However, he lasted just two years with the team before Buffalo placed him on waivers and later claimed by the Titans.

Graham caught on with the Jets in September of last year, but was among their final roster cuts.

Last year, he appeared in 12 games and caught three passes for 87 yards receiving and one touchdown.

McClain, 27, is a former seventh round pick of the Panthers back in 2010. He lasted just over a year in Carolina before he was waived at the start of the 2011 season.

Since then, McClain has played for the Jaguars and Falcons before joining the Patriots as an unrestricted free agent this past March. Unfortunately for McClain, he was among the Patriots’ roster cuts at the start of the season.

In 2014, McClain appeared in all 16 games for the Falcons and recorded 59 tackles, one sack, two interceptions, and five pass defenses. Pro Football Focus has him rated as the No. 90 cornerback out of 108 qualifying players. 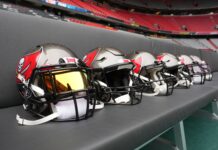 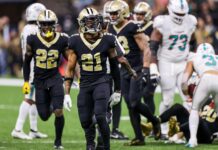