Seahawks HC Pete Carroll confirmed that DB Marquise Blair is out for the season after suffering a torn ACL during Sunday’s game.

Tom Pelissero reports that Seahawks’ DB Marquise Blair is expected to miss the rest of the season with a knee injury that he suffered on Sunday. 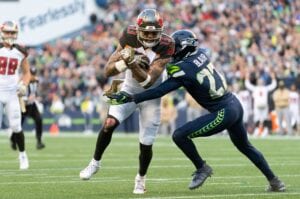 Blair was unfortunately hit by his teammate, LB K.J. Wright, during Sunday’s win over the Seahawks.

Blair, 23, was a second-round pick by the Seahawks out of Utah in 2019. He’s currently in the second year of his four-year, $6.2 million contract with Seattle.

In 2020, Blair appeared in two games for the Seahawks and recorded 9 tackles and a forced fumble.