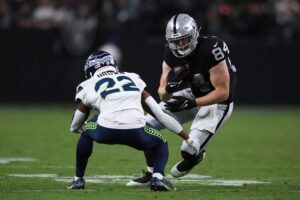 This opens a three-week window of time for the Seahawks to activate him from injured reserve and add him to their 53-man roster.

Brown, 24, was selected with the No. 137 overall pick in the fourth round by the Seahawks. He later signed a four-year, $4.1 million contract.

Seattle placed Brown on injured reserve at the start of the regular season with a sprained knee.

During his college career at Oklahoma, Brown recorded 141 tackles, two sacks, four interceptions, and 31 pass deflections over the course of four seasons and 44 games.