The Seattle Seahawks officially signed 11 players to futures contracts for the 2021 season on Monday. 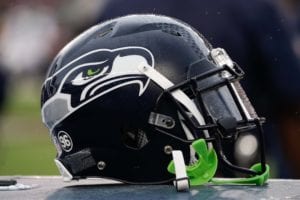 McGough, 25, was selected by the Seahawks in the seventh round of the 2018 NFL draft. He signed a four-year, $2,563,692 with Seattle but wound up being among their final roster cuts coming out of the preseason.

Houston once again waived McGough coming out of camp and he was later added to their practice squad and eventually released.